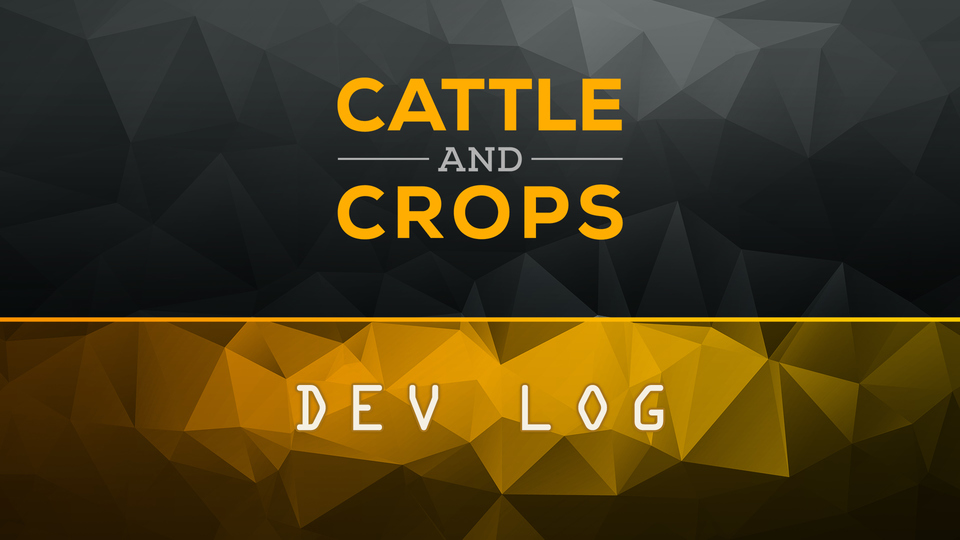 Hello Community,
Today we answer some questions again. It is often asked if and when features / functions are planned, unfortunately we can not give you exact dates, but we can give you some information on some features in the future, e.g. whether they are planned or not.

# 1: Will there be different types of tillage?
Equipment classes such as plow or seedbed combinations will later have different impacts on the soil.

# 2: Will there be different fertilizers and sprays?
One should be able to fill the syringe with water later, for example, and then mix it with the desired agent, which is then added by hand. The different remedies then have different effects on the soil or plants, depending on their ingredients. In the future, for example, spraying and fertilizers for various uses or diseases can be offered.

# 3: Will there be a realistic circuit such as to give the Gearbox Mod?
Further gear options are planned. Of course, in addition to the current automatic mode, there will also be hydrostatic and manual transmissions (with shift interruption, intermediate throttle …). Also, the clutch pedal of your steering wheels will not always be useless;)

# 4: What kind of livestock will there be?
Mast and breeding are planned until the V1, if we can do it milk. In the buildings one should then be able to decide on a type of stable, for example, mast, bull, manure cellar. Depending on how you feed and care for the animal, you end up with different qualities. For this, however, we still need the building site system and a building menu.

# 5: Will you be able to ask the employee to edit multiple fields in succession?
This feature, along with the assignment of multiple helpers for a field, is currently under development and will make it into the game in one of the next versions.

# 6: Will there be a tramlining function?
A tramline function will still exist. The goal is also that the helper can set this and also use in crop protection and fertilization, which makes the whole subject but a little more complex.

# 7: Will the helper be able to condense the silo?
After the silo system was revised by us, helpers should also be able to compact silos.

# 8: Will you be able to overload a trailer?
Overloading should also be possible later. Then a heap is made on the ground with the appropriate fruit type and the appropriate amount.

# 9: Will the Lacotec be paired with the Claas?
At the Lacotec can theoretically all Claas reapers and generally attachments that have this recording (Attacher joint type) are coupled.

# 10: Is Drivecontrol planned?
In some cases, content from the DriveControl mod in CnC already exists, such as the shuttle mode or four-wheel drive. Other functions, driving and accessibility will follow.

# 11: When will multithreading be supported?
Multithreading is already in use. The physics engine, the plant growth and some functions of the helper run in the background on their own threads to prevent waiting or lags in the gameloop.

# 13: Will the CropMaster 3000 be there to release the grain update?
We do not know yet if the CropMaster 3000 will be available right at the beginning. It could happen that we use only one HUD at first until the functions for direct operation at the console are finished programmed.

# 14: What else will happen in the direction of driving physics?
The driving physics is constantly being developed. The current status is to be understood above all as a technical prototype. In the medium and long term we want to make the respective vehicles and tractors feel more and more real.

Specifically, we will work on the vehicle settings, engine and transmission data. We will also be adding a tire pressure simulation soon. But the most obvious change is probably the adaptation of soil physics to field, mud or mud.

# 15: Will the rental function be extended and refined as far as the presentation is concerned?
This will be extended in due course, there are also opportunities such. Leasing for which we need a detailed financial system. The presentation in the UI will then also be improved.

# 17: Will the vegetation density get even finer gradations?
The two previous levels will be further optimized, other stages would also be possible.

# 18: Will there be a mobile mill?
Is planned. However, it is a bit further back on our ToDo list.

# 19: Will there be older tractor models in the game?
For now we limit ourselves to a newer fleet. If everything is covered there so far, also older cult objects and Youngtimer should be possible. We can not say which manufacturers and types that will be. We hope that by then the modders publish one or the other piece of jewelry.

# 20: Will the vehicles be rebuilt?
An accessory shop is planned. Equipment, wheels or weights should then be able to configure.

# 21: Will there be a function that allows multiple vehicles to drive in succession and follow each other?
The “goose march” Is planned, when exactly the function comes but we can not say right now. Currently, it can be tested via the console command followVehicle.

# 22: Will you be able to chop the grain?
Chopping grain will also be possible. The appropriate cutter will be added during the grain phase.

# 23: Will there be a fast agricultural truck or Unimog?
There should also be something in this area, but when and what we can not say yet.

# 24: Will there be a helper function by pressing a button?
That will come, a short tap of the button then activates the helper who immediately starts. To do this, we automatically create a task in the background with all the available things, such as driver, machine and field. If you want to start the helper and keep the key pressed, you get directly to this task and can then edit it. We also plan that the helper (by the player) already recognizes areas that have been processed on the field and divides his or her field lanes accordingly.

# 25: When is a (rudimentary) manual for CnC coming?
This topic will be discussed soon with you in the forum, some are already preparing for something here, in the field of PDFs, for example. Second step is a wiki directly in CnC. In this all explanations should then be summarized with text, images, videos for several areas such as CnC, agriculture, modding, etc.

# 26: Will there be crisis situations, diseases and epidemics?
Catastrophes and diseases for fields, plants, animals, machines and employees are planned.

# 27: Will it be possible to define multi-key assignments?
We currently have a concept for the duplication of keys with modifiers. Especially in conjunction with a gamepad, this function will improve the control significantly.

# 28: Can you place a hill next to the silos so you can load better?
A static hill would not be so nice on the silos, but maybe later there will be alternatives like a small ramp next to the telescopic handler.

# 29: Will there be a sound when getting in and out?
The Early Access version currently contains only the most necessary sounds. We already have different dates for sound recordings behind us and a lot of material collected. In the future, you can look forward to a more realistic and varied soundscape.

# 30: Does the helper get a break feature?
A helper hud is planned in which is displayed, which helper is currently where and how his status is. For this purpose, it is then per helpers via buttons controllable more function options, which include, inter alia, a pause function.

# 31: Will there be a way that turns the camera with the direction in the direction with the keyboard?
This is planned and will then be adjustable via the options. The camera should then automatically turn backwards when reversing.

# 32: Will you be able to cover the feed silos with foil?
This will be added during the EA phase – filling, rolling, capping and fermenting.

# 33: How far is the farmhouse going to be expanded?
The objects will be expanded even further, more rooms are added.

# 34: Are important points drawn in the global map?
In the menu you can already see the first overview. If you move the mouse over the markers, an info text is displayed. You can now set waypoints and drive them with the autopilot if needed.