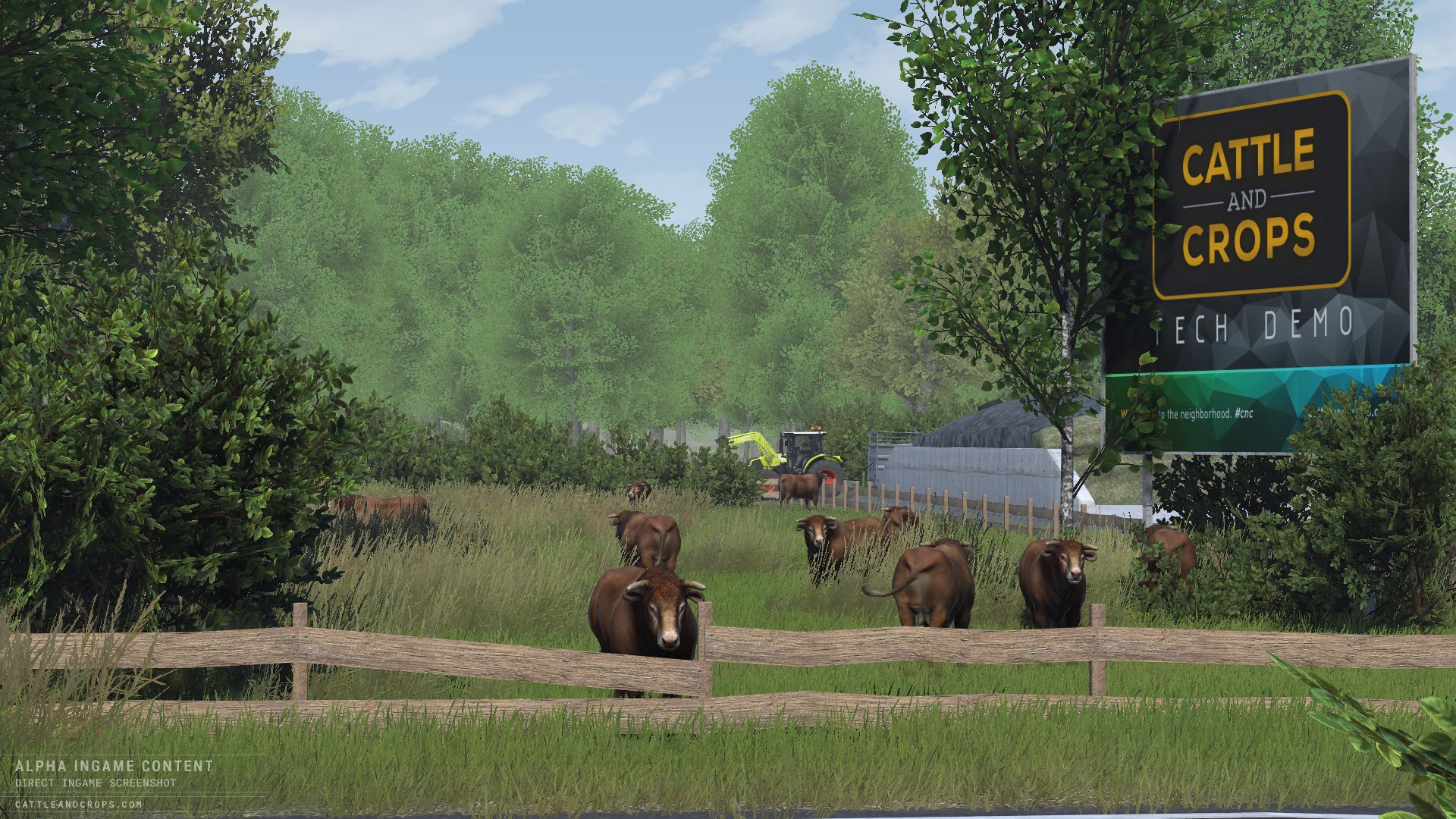 With today’s update we introduce animal farming to Cattle and Crops. You can now buy, sell, transport and feed your bulls. We give you the the appropriate machines to do this, like the Strautmann Verti-Mix 1801 Double, the silage shovel Typ S from Bressel and Lade, a Joskin Betimax RDS 9000 as well as the Claas front-loader FL-100 which fits the Arion.

You can buy your bulls at the trader and decide, if you want them delivered into the shed automatically or if you want to transport them yourself with the cattle truck and unload them at the farmyard. At the trader, in the shed and on the pasture there are transfer boxes in which you can move bulls via the menu. This is needed so you can target the specific bulls you want to transfer.

At the moment we don’t have additional ingredients for mixing the fodder. You can gather fodder from the silo, put it into the fodder mixing wagon and fill the feeding troughs in the shed. However, we have built in a little effect: The fodder will be optimized a little bit, when you use the mixing wagon. We call it SuperSilo2000!

The silo can’t be covered and uncovered at the moment, for the time being we have placed an already filled one.

The models of the bulls, like the other ingame characters, are only placeholders and will be reworked later, together with the animations.

You can now also hire an employee to drive the Claas Jaguar. We have fixed the issues with plowing and cultivating and the employees can again be used for these tasks. We are working on a solution for the headland, at the moment the drivers can only make a turn outside of the field.

We are also working on a solution to fix the CPU spikes when loading/unloading, which many of you have addressed. We’re making good progress in this matter and try to release an appropriate update soon.

For the release on Steam we have assembled all required machines now. Also planned for the start of the EA, but not quite finished yet, is a new and bigger map. From now on we focus increasingly on open bugs of the last updates and improve and enhance things like the silo, AI, work processes, usability etc. to be able to release a stable Steam version soon. Following the bug fixes and optimizations of the Early Access v0.1.0 there will be new crop and greenland functions with respective machines.

As always, you can find more improvements, changes and fixes for bugs you have reported in the changelog.

We hope you have fun testing!